How to conquer Google Updates?

Do you suffer the repercussions of dancing Google?

Does your ranking on the search engine pages keep fluctuating?

Have you tried all the techniques, yet not reaching the top of the SERPs?

If these questions have been crawling up your mind lately, it may not be completely your fault.

Google has a habit of updating its algorithms frequently. And sometimes it can be troublesome to keep up with the regular updates that Google keeps releasing.

But do not worry, today in this blog we are going to discuss….

How to conquer Google Updates?

Google uses a series of search algorithms and signals to control how it classifies the relevance of queries on search engine results pages (SERP).

Almost out of nowhere, Google has unleashed one of the most volatile days in SEO history. On July 18, 2019, an unprecedented amount of range fluctuations was observed, contrary to what the industry had observed for years. However, the update of the unconfirmed algorithm was as rapid as when fluctuations in the range returned to normal. Everything raises the question: who has been touched and what has happened in the world?

According to John Mueller and Gary Illyes, Webmaster Trend Analysts, “Google makes changes almost every day and that they have 3 updates a day on average respectively.”

In these circumstances, it is difficult to keep pace with the Google updates.

Let us have a quick glance at the recent update made by Google. 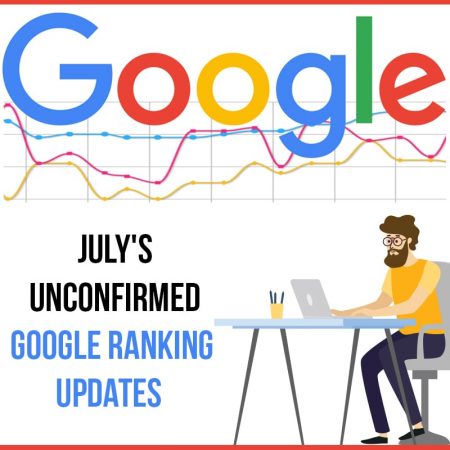 It started very well. Everything seemed to be the usual update, until moderate range fluctuations were registered on June 16. Things generally continued on 17 when fluctuation levels increased to slightly higher levels. Then, without warning, the SERPs went crazy on July 18 when fluctuations in the range reached levels we hadn’t seen in years.

So what happened exactly? Who was responsible for these extravagant levels of range fluctuations? Was this update different from your “normal” Google algorithm update?

The niches of Your Money Your Life (YMYL sites like health and finance niche) were more affected in June than the other niches in general.

Outside the YMYL niches, the recorded fluctuations, although high, corresponded to what you would expect to see during a Google update.

Compare that to the data were extracted from the July 2019 update and a very different story emerges: 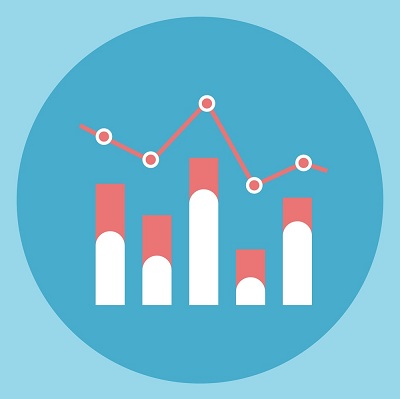 For starters, in the first, second and third position, the main June update and the unconfirmed July update seemed quite similar. However, when the SERP falls to position 5 and beyond, everything becomes much more volatile with the July update.

Take the travel niche. In the main update of June 2019, the 10 main results showed a 54% increase in volatility. Compare that to the 65% recorded during the July update. The same is true for the retail segment, which experienced a “low” increase of 24% in June but recorded a massive 67% increase in range fluctuations.

Another way of saying it is: in the last update of June 2019, the YMYL sites suffered a more severe “diversion” with the Health and Finance niches, which showed many more fluctuations in the range of values ​​when the 10 best results of the SERP.

Extreme levels of range fluctuations appear to be related to changes in the range in the lower half of the SERP in all niches (not only in YMYL sites). These fluctuations exceeded the levels observed during the main Google updates for niches other than YMYL.

The July update is about YMYL, UX / UI sites and low authority, isn’t it? Correct? Wrong.

Although many sites have “profile” problems (inconsistent or deficient messages at all levels: content, user interface, UX, etc.), we don’t think this update addresses that.

Yes, many health sites that have less to do with health and more with the attempt to sell magical solutions have been affected by this update. At the same time, there were a number of health sites that would be degraded by a poor user interface, clickbaity content, etc. They were rewarded for this update. But maybe we can say that such things always happen, Google is not perfect …

Anyway, the same kind of approach in the authority/site profiles provided with Medical Update etc was not noticed. Although you can find instances of sites with a poor user interface or misleading profiles affected by the update, the template does not “appear” just like other updates.

The decrease in revenue trampled by the July 2019 update

Since the beginning of July, several sites have gradually increased visibility. But the July update by Google was almost surprising. And so, in one fell swoop, Google again stopped these sites, eliminating the ranking gains that the sites had seen in previous weeks.

Part of what made this update so strange (sooner) is the number of sites that saw their ranking increased in the first two days of the update just to eliminate those gains on July 18.

These were the major take away from the July 2019 Google update. In no way, you could be ready in advance for this, but you can always keep up with the regular changes and keep yourself updated. Let us take a look at how.

Stay informed of the latest updates from Google

The Google Algorithm Update Resources page informs you about:

Use your search console to identify traffic/visibility drops and compare them with the history of algorithm changes.

You can see the performance of your site in the last 12 or 16 months in the Google Search Console to identify the time of any drop or shift in the ranking. You can then compare these dates with the history of your algorithms and read about the official/unofficial updates that affect your site.

How to know if there has been a Google update?

Usually, the latest news from Google (including Penguin and Panda) and rumours that could affect your ranking on the search engine results page (SERP) are available online. Unfortunately, due to the reserved nature of Google (to prevent Black Hat SEO from playing in the system), it is not always easy to understand or see the changes made by Google, especially when Google adjusts its algorithm daily.

By tracking changes in the SERP in combination with your own rankings, as well as comments by the SEO community and on Google, you can sometimes extrapolate what you need to do on your website to improve the ranking of your website.

The typical sources you can use to measure this information are:

Ranking on the SERP is extremely important, especially if your business solely depends on online traffic. As stated earlier, Google updates its algorithm almost daily and even two to three times daily sometimes.

In such circumstances, it is best to keep yourself up to date with the frequent changes made by Google if you want to maintain your position on the first page of the SERP.

Try the above-mentioned methods and do not forget to share your experience or if you find any other way to know about the Google updates.