Do you think that Google is dancing again?

But, lately, I have noticed that SERP’s results are constantly on the run. Have you noticed it as well?

If not, you should start paying more attention to it.

Ok, let me put it this way.

Some time back, your site was ranking on the first page but suddenly it is lost in thin air somewhere. It just disappeared from page one of the search engine page results.

Nothing to be paranoid about it. It is the Google Algorithm that is playing the update game again.

The trackers who have their eyes glued to the Google algorithm have already started seeing the change in their graph.

This is a clue pointing that the latest Google algorithm update has started showing its effect on the search engine page results.

Oh by the way – the latest update is officially named as ‘June 2019 core update’. 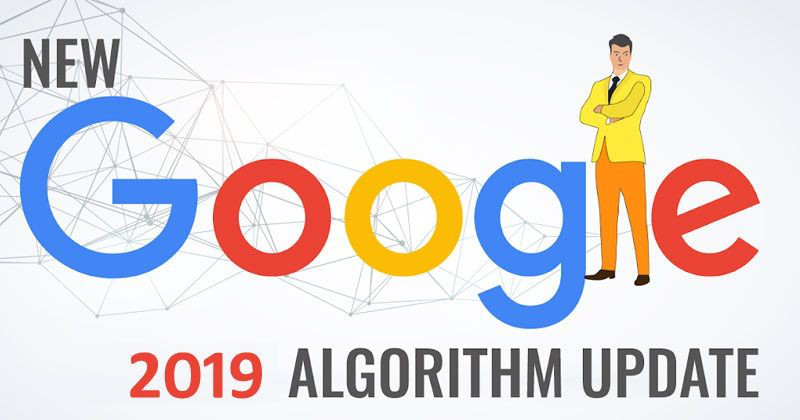 Let us dig into it.

The news was first officially tweeted by Google Search Liaison on 2nd June 2019. The tweet said -“Tomorrow,we are releasing a broad core algorithm update, as we do several times per  It is called the June 2019 Core Update. Our guidance about such updates remains as we’ve covered before.”

The tweet that followed was on 3rd June 2019 read – “The June 2019 Core Update is now live and rolling out to our various data centers over the coming days.”

This time Google has acted a little differently than usual. Google pre-announced the launch of its update for the first time. Now, this was not it. Google has been giving signals about it from a few months back.

Well well…take this as an alarm which says…time to work on the quality of your websites, if you still want to book a place on the first page of the search engines and especially Google.

This was about the official announcement. But like I said earlier, Google has been signaling well in advance. Take a look at –

The unofficial Google Update in March

Before launching it officially, Google made some important changes back in March. It launched its March 2019 core update on 12th March.

Much Unlike Google, this time probably it has changed courses and started giving names to its updates. That makes it a lot easier.

Google SearchLiaison tweeted about this on 13th March, followed by naming it on 15th March saying – “We understand it can be useful to some for updates to have names. Our name for this update is “March 2019 Core Update.” We think this helps avoid confusion; it tells you the type of update it was and when it happened.”

This update also showed fluctuations in the website rankings, however, they were not as huge as the ones after the June update.

Before the webmasters could get over the fluctuations of March update and stabilize, they got another blow which made them lose both organic traffic and organic ranking at the same time.

Everything was like haywire after these updates. Most tickled was the website’s traffic and rankings.

So now, let me explain how to overcome this hit.

How to Recover Sites Affected by March 2019 Core Update?

If you are one of them who suffered the March 2019 Core Update blow, need not worry. All you need to do is practice steps that will help you recover your website and get you back to the position where you were or where you should be.

There could be many different reasons for your website to crawl down the ladder. One of the major ones could be that the SEO strategies that you have been using have boomeranged now.

Another possible reason could be that Google do not find you to match its quality benchmark any longer and have chosen somebody else over you.

In either of the cases, all you have to do is gear up and hit the road again with a well-planned SEO strategy.

When I say a well-planned SEO strategy I mean you now need to focus on the Google’s E-A-T quality more than ever.

It is not altogether as bad as it sounds. The damages are not too hard that cannot be recovered. In fact, if taken in a positive way, now it gives a chance to more quality authentic websites. So all the not so good websites can have a back seat and you can occupy the front ones if you work on your quality.

The good part is, all those websites that were ranking because of backlinks on third-party private blogging networks will now have to realize that they were on the wrong track.

This also means that if you had natural backlinks of high quality and were still not ranking, your mourning days are over now.

Now is the time for you to readjust your website according to the E-A-T and improve your ratings. E-A-T means – Expertise, authoritativeness, trustworthiness. To get this follow these steps:

Now Google is all about quality and authentic content. So just in case if your website falls under the YMYL                 category, you need to read this.

Before I go any further, just a little brief about what is YMYL category.

YMYL stands for ‘Your Money Your Life’. The websites that list under this is usually that has something to do with health, happiness, financial stability or safety.

Now Google wants to be sure about whether the content provided on these YMYL sites is authentic or not because it hates any random content and approves of only the content written by experts.

So, the content on your website should be provided by an expert and this means that adding an author’s byline, gives enough assurance to Google that it is authentic. Google wants content from only certified and trustworthy writers who are an expert in the respective field they are writing about.

Your E-A-T score depends upon the content. So if you want to impress Google, you need to chuck out any scrapped of plagiarised content immediately.

If you are using duplicate content, you cannot blame the algorithm updates if they hit your website and pull it down.

You cannot fool Google by paraphrasing the content and calling it unique, Google is smarter than you think and your duplicate content will be caught.

You need to keep reminding Google that you are authentic and reliable. And the only way to do this is by providing as much information about you as possible.

The ‘About Us’ page on your website is a must. It should have all the information about you. This will make Google believe in your authenticity.

Also go for schema markup, this is another way of providing valuable information to Google that you really do exist.

Another way of proving your trustworthiness is by displaying the testimonials of your customers, both within the website and outside.

One important not to forget tip is, keep your contact us and customer support information up to date. This is what Google’s quality rater is looking for.

According to the Google search quality guidelines, high-quality backlinks tend to get higher E-A-T scores, compared to sites that have poor quality but a high quantity of backlinks.

Instead of building low-quality backlinks and going negative in Google’s eye, focus on building less but good quality authentic backlinks.

According to the SEO strategy, it is recommended to engage in white hat techniques like broken link building and blogger outreach to build good quality backlinks.

5. Do not Ignore the HTTPS security –

When it comes to the security of its users, Google spares none. And that is the reason that it has become all the more strict about websites being SSL certified.

With the new updates, https has also entered into the list of being one of the ranking factors. One good proof of this is, Google Chrome has listed all websites without https as insecure.

If you do not want to be listed as an insecure website, https is a must. Plus getting https security also improves your E-A-T score.

Another important thing that adds up to your E-A-T score is having a responsive website. If you still want to hold the position on the first page of search engine results, you need to ensure that your website is:

Now that we are discussing about the latest Google algorithm updates of June and March, let me take you a few more months back in January.

Google had launched its incremental algorithm update the first in January 2019. While the impact of the latest updates was seen on YMYL sites the most, the January update had taken down news and blog websites of different niche.

And hence it was named the

According to the study, after the launch of this update on 18th January 2019, it was concluded that the news websites that used scrapped content or re-written content were affected the most.

The study was proven right when Google released a document that had two special sections reading “Ways to succeed in Google News”.

The section in this document was specifically for news publishers guiding them to totally keep away from scrapped and re-written content. 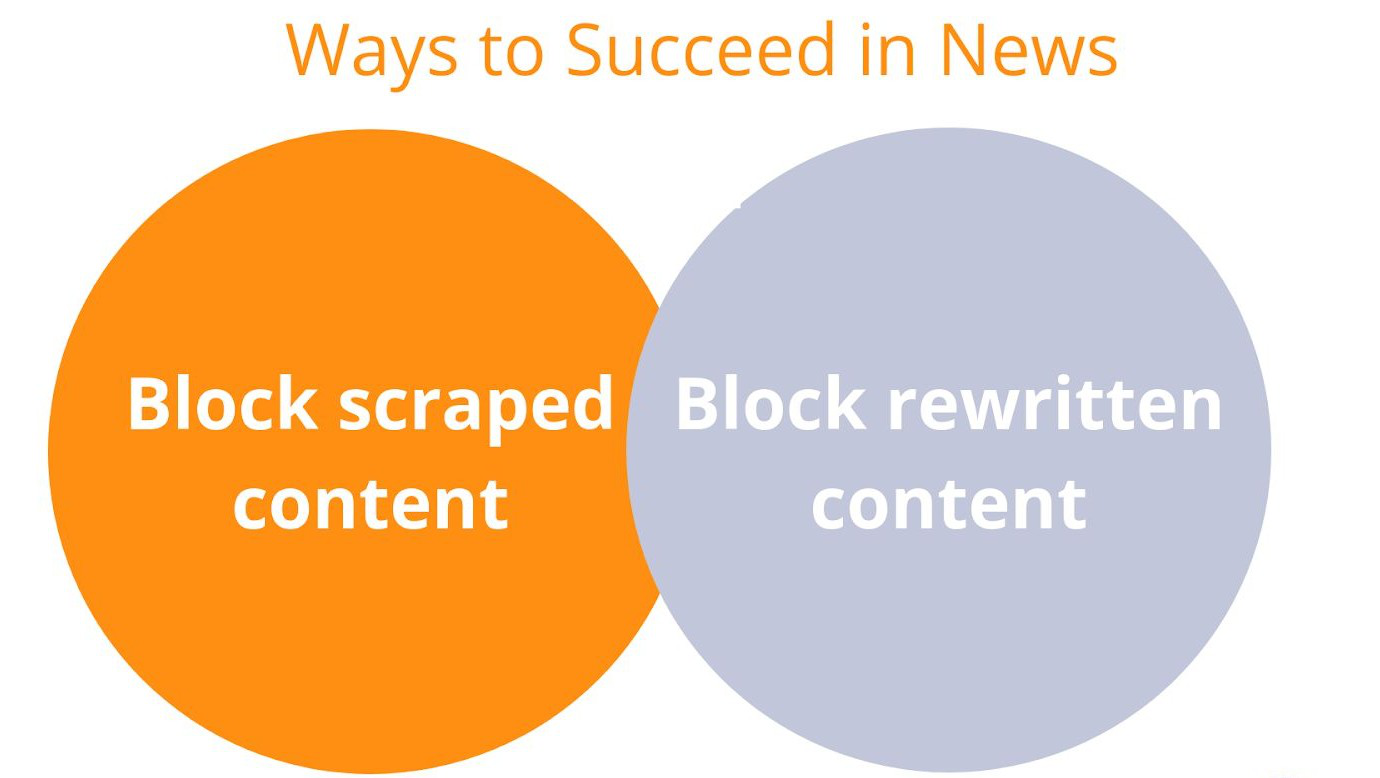 The document also added some tips for news publishers to take into account before publishing any news. Some of them were:

Be it a news publisher or a YMYL website, everybody was hit with these Google Algorithm updates. More or less the major point of these updates was Google improving and getting more strict on its quality check guidelines.

Nonetheless, there is always a way to overcome storms. If you have also been hit with the latest Google algorithm updates 2019, it is time to lick your wounds and heal it.

Follow the steps mentioned above to recover from the March algorithm update and get back in the race.

Your valuable feedback is important, so do not forget to comment on how has the updates affected you and how useful this article was for you.